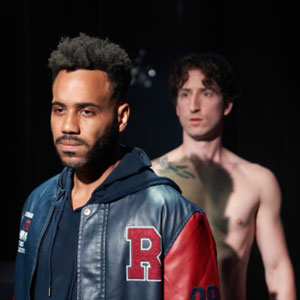 "...Performances are similarly limited. A lot of that can be blamed on the script, sure - but even so, I wanted more from the cast besides pretty looks. Even when they feud or shed tears, it's hard to be moved. The play is relatively non-specific, with generic backstories and character motivations."

"...Billed as Los Angeles steamiest show, AFTERGLOW lives up to its hype. Penned by S. Asher Gelman, who also directed the play, AFTERGLOW was a smash hit off-Broadway and in London and is scheduled to be performed in Madrid, Puerto Rico, and Buenos Aires this season. The West Coast premiere of AFTERGLOW is currently at the Hudson Theatre in the heart of Los Angeles."

"...Can an open marriage survive if one husband embarks on a sexual relationship with one of the couple's occasional bed guests? This is the provocative question posed by playwright S. Asher Gelman in Afterglow, a surefire seat-filler thanks to its extended softcore sex scenes early on but a West Coast Premiere whose real dramatic fire begins once the clothes have come back on."

"...The relationships within this play are doomed, but although the script does not make it clear, the fault is decidedly with the characters, not with the fact that those relationships are gay or poly."