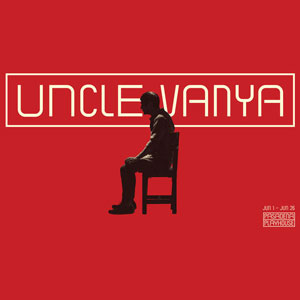 "...Far be it from me to criticize Anton Chekhov. The long-deceased Russian playwright and short story writer is regarded as one of "The Greats" in all of literature; who am I to throw a dart at that great sky? It's because of his prestige that I was actually looking forward to seeing a new translation of his 1898 play Uncle Vanya at the Pasadena Playhouse where the esteemed Michael Michetti is directing. Sadly, this production is more an exercise in extreme patience. Of course, Chekhov's tragicomedy is unequivocally about miserable people who've all the time in the world - or at least, two hours of our time - to tell us about it. It's not exactly what you'd call a "fun night out." That said, I can imagine versions of this play that might make all that misery palatable; or maybe, if we're lucky, enjoyable or enlightening. But even with its strengths (and there are a few), this scattershot production is so all over the map it's hard to make heads or tails of it. Where are we? When are we? Who's in what play? And has anyone seen Chekhov's gun?"

"...Richard Nelson, Richard Pevear, and Larissa Volokhovsky's stellar adaptation of Anton Chekhov's thorny 1899 classic Uncle Vanya, directed at the historic Pasadena Playhouse by one of contemporary theatre's most visionary directors Michael Michetti and featuring the inimitable Hugo Armstrong in the title role, is simply and unequivocally a masterpiece."