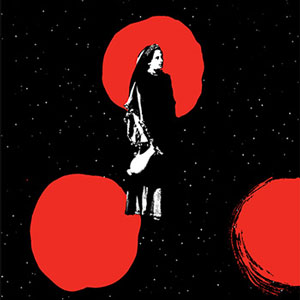 "...Kudos to the ensemble actors, each of whom strikes a very personal and unique picture. And, of course, congratulations to Murray Mednick, who wrote THREE TABLES and also directs with a sure hand. Described as a dark comedy, THREE TABLES certainly lives up to its name. Joel Daavid's scenic design, Shon LaBlanc's costumes, Azra King-Abadi's lighting, John Zalewski's compositions and sound, and George McWilliams' graphic design all contribute to the final production. For theater aficionados and historians, participating in a Mednick production is gold. For anyone who has felt lonely surrounded by lots of people, THREE TABLES offers some sage and comforting thoughts."

"...This is not theatre for the timid. Mostly words. Little action. Thinking caps in place. Historical knowledge: past and present will help. The audience has a lot of work to do."

"...It is only fitting to acknowledge the diligent backstage work that helped make this experience so disturbing. Joel Daavids matter-of-fact scene design and Azra King-Abadis lighting belie the mounting menace created by John Zalewskis sound and music design, while Shon LeBlancs period-neutral costuming places us in a never-never land as past collides with present. It is a bleak look at the human condition, and one that we must ponder."

"...The times have caught up to playwright Murray Mednick, now an octogenarian, who has sustained a singular, uncompromising vision in his plays over the course of half a century. The vision is grim, but not without humor. I found myself smiling throughout his latest play, Three Tables, but unable to laugh. That feels just about right for this cultural moment, though it's getting harder even to smile."

"...Murray Mednick is a prolific, award winning playwright well known locally for his Gary Plays and other works. His latest play, Three Tables, which is written and directed by the playwright, is quite unusual, to say the least. Presented at the intimate Zephyr Theatre, Three Tables boasts a cast of eight actors who mostly sit at the three tables of the title.The play opens in a small restaurant, which is spare with two elderly Jewish men, a server (John Fanstasia) and a cook (Richard Sabine), who sit at a rectangular table upstage right, and two men and a woman who are downstage center at a small round table. The third table is empty. Throughout the play the bodies and gazes of the players are mostly directed out toward the audience."