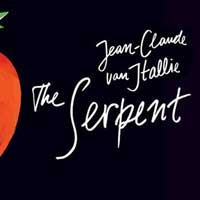 "...Working in parallel with such directing titans as Peter Brook and Jerzy Grotowski, Chaikin similarly imagined what the modern ritual could be and how audiences might newly experience it within a theatrical context. "The Serpent" is subtitled "a ceremony." Under Chaikin's direction, the performers were celebrants and the spectators were congregants in a secular Mass."