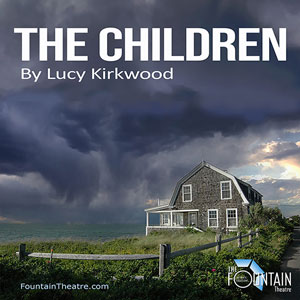 "...What Kirkwood excels at is creating characters that audiences want to learn more about. We hang on to every word in Hazel and Rose's chipped conversation to better understand not only the fraught situation they're living through but also to get a handle on the tensions bubbling up from their mutual past."

"...Theres nothing preachy about The Children. Theres nothing inauthentic about its dialog. Theres even occasional laughter amidst the darkness. But when all is said and done, it just wasnt for me.

"...Lucy Kirkwood's three character play has a tinge of Albee: secrets and lies, hard feelings, an affair that is telegraphed by Rose's unusual familiarity with the cottage. She arrives with an offer for Hazel and Robin to step up to service... and duty. Who lives and who dies? Who cares enough to wade in and who stays behind? The ethics of responsibility and considering "The Children" lies at its core. The play makes each of us ask ourselves what would we do? What would I do, if I could save the children?"

Gia on the Move- Somewhat Recommended

"...British playwright Lucy Kirkwoods THE CHILDREN is in one way a thoughtful play about climate change and the moral responsibilities we face in confronting it. Its also a too lengthy melodrama whose secrets are at once too evident and too slowly revealed in their entirety. The play premiered in London in 2016 and later moved to Broadway with the original cast under the direction of James Macdonald. A new local production, directed by Simon Levy, is now running at The Fountain Theatre through January 23, 2022. Its a solid choice from a socially relevant standpoint, but the execution, as of press night, needs finessing."