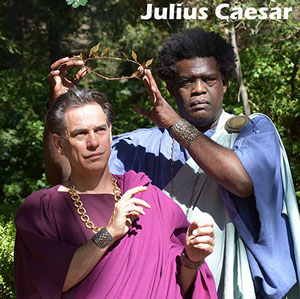 "...Adeptly trimmed to a brisk eighty minutes by Theatricum Botanicum legend Ellen Geer and filled with as much action as it is with political intrigue, William Shakespeare's Julius Caesar adds up to classical theater as thrillingly staged as it is easily accessible to 21st Century audiences."