If I Forget Reviews 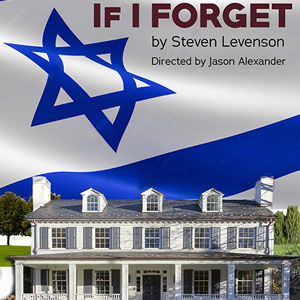 Average Rating based on 10 reviews

"...Levensons brilliantly written script combines a family drama with social and political commentary as performed by this talented ensemble all of whom deliver director-proof nuanced performances. This evening of theatre is worth the price of admission to experience ensemble acting at its highest level."

"...Tony Award-winning book writer of Dear Evan Hanson, playwright Seven Levenson freely admits that he borrowed from conversations and conflicts within his own family in order to populate IF I FORGET, a powerful drama that delves into the hidden dynamics that haunt every family."

"...Religion is ever with us, for good or ill. We humans seem to be hardwired with a need for the numinous. Steven Levensons play, If I Forget, begins with a psalm and ends with a vision, the psalm an exhortation for Jewish people not to forget their heritage, inviting misfortune if they forget. This stark prayer sets up a compelling and satisfyingly dramatic show about the tension between religious tradition and modern secularism. The new production at The Fountain Theatre in East Hollywood, directed by Jason Alexander, is a terrific showcase for its excellent cast and Levensons sharp writing, although it also features one major misstep."

"...Alexander directs Steven Levenson's "If I Forget", painting an age old story with nods nuanced sometimes in muted colors and sometimes in tough contrasts of black and white. My "Costanza" reference refers to a lot of yelling."

"...If I Forget, the provocative drama now in a West Coast premiere at the Fountain Theater, suffers from a split personality. The first act centers on Michael Fischer (Leo Marks), a professor of Jewish Studies who has written a book claiming that by continually harping on the Holocaust, the Jewish people have lost their values and identity."

"...Directed by Jason Alexander at the Fountain Theatre, the current production entertains while conveying much of the playwright's intent. The ensemble is strong and adept, and the pacing is swift. Humorous elements are played to the max. It's easy to believe that some of the people in the story are folks you may have known sometime, somewhere. This is all to the good."

"...Let me just say this: If you attend a play at the Fountain Theatre you will be handsomely rewarded. Among all the theaters in this town, large or small, the Fountain is probably the most consistently socially conscious. The current offering, If I Forget, has been extended through Dec. 18, and should not be missed. It touches a lot of critical buttons."

"...Before I write anything else, I can say without a shadow of a doubt this indelible, magnificently staged and expertly performed LA debut of If I Forgot is the best mounting of a new American play Ive seen done in 14 years, way back when August: Osage Countys Barbara first started insisting her mother eat her fish."

"...Steven Levenson wrote his remarkable play If I Forget in 2017, and set it 17 years earlier. Events of the turn of the last century beautifully inform the story: The much-heralded Middle East negotiations, the Oslo Peace Accords, had just failed; 9/11 loomed. At the Fountain Theatre, If I Forget joins a recent pantheon of meaningful commentaries that are first and foremost entertaining theater experiences, including Roe, Detained and The Children."