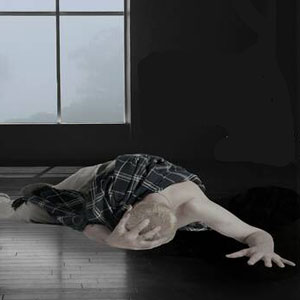 The Road on Magnolia

"...At first, we think that Beloved is about the tragic state of the internet, that a high school boy at the prestigious St. Albans in Montreal, Canada, would never be in the mess he's in had he not been able to find child porn online, let alone steal the password on the school's VPN. Then it seems we are entering the drama of a 16-year-old lad coming to terms with being gay, that perhaps he is making the ridiculous mistake of doing something so egregiously stupid at school so that he can be found out - perhaps a cry for help?"

"...The Road Theatre Company's three-shows-in-a-row return season goes from good to better to best of all with the World Premiere of Arthur Holden's Beloved, a suspense-filled, twist-packed stunner that will leave you blown-away and breathless."

"...Playwright Holden leaves us much to ponder on our own. The plot twists work and the ultimate question: resolution? and/or redemption? must be left to us."

"...This darkly riveting play was developed at the Road as part of their Summer Playwrights Festival last year. I caught the online version and was utterly floored by it. Particularly, considering the acute difficulties of producing a play on the web. But now, we are happily able to visit live theatre once again and this new, full-length version of Arthur Holden's "Beloved" is much more than the already brilliant play I had seen."

"...Holden's dialogue, however, is sound, and the play offers a superb vehicle for accomplished performers to showcase their skills. And Gilbert, Anderson and Duke are all in top form. Gilbert is most striking as a tough cookie of a woman transposed by circumstance into a desperate, distraught mother who fears for her son. Anderson, whose character's transitions lie at the heart of the script, carries the heaviest load as an angry frustrated man in denial, and his complex portrayal doesn't disappoint (though the part is written for a younger individual). In each scene, Duke elevates an essentially reactive role as representative of the Establishment to that of an equal player in the drama unraveling before her."

"...The third and final offering in the Road Theatre's 30th anniversary repertory season is the riveting world premiere of Canadian playwright Arthur Holden's drama Beloved, which perfectly caps the company's headfirst dive back into the post-apocalyptic return into the overcrowded LA theatre scene."