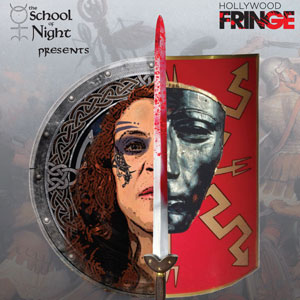 "...Sometimes I pontificate about how theatre's great strength is in dance and ritual, masks and song, invoking the power of imagination. Battlesong of Boudica does all of that and more. Jen Albert plays the title character, whose degredation at the whim of a Roman official played by Kerry Kazmierowicztrimm sparks a mighty bloodbath, starting with a sacrifice to a terrifying Goddess of Battle, then making a pact to give her victory. But one must always be careful of making pacts with the fickle gods..."