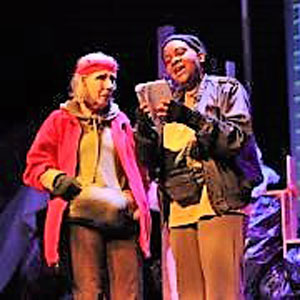 "...A couple of homeless women cross paths with a mixed bag of acquaintances and strangers on Thanksgiving Eve in Barbera Ann Howard and Marjorie Lewit's World Premiere dramedy Alley Of Misfits, itself somewhat of a mixed bag, but one whose pluses ultimately outweigh its minuses."